Another update, with a big change list, you can see it all here- http://www.powerhoof.com/public/powerquestdocs/version_history.html

This update is not so much big features, as lots of small changes that I personally find useful :D

Things like sorting the script function list into separate sections to make it easier to navigate for longer room script files. And being able to add simple functions without switching over to VS- 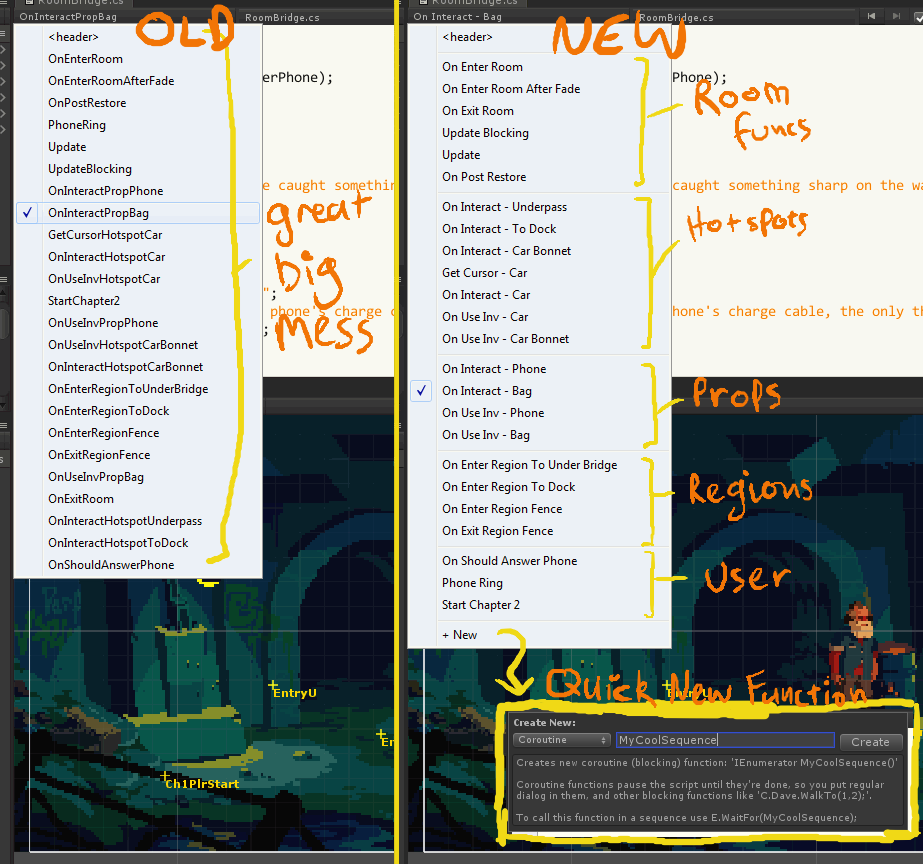 There's some new Animation Events I've been using quite a lot. This one makes it easy to have an animation transition in and out from a pose.

And these ones change the walk speed temporarily, good for things that move in non-constant ways, like a character that's limping-

And some silly stuff I was just interested in trying, like adding spell checking to my script editor. Because my spelling is so bad. Related- I consistently spelled Occurrence wrong in the API, and now I can't change it easily :(

But yeah, loads of minor tweaks and things that aren't interesting in a gif too.

As usual, back-up before you update, since it's only been tested on my own projects!

Let me know any issues and thoughts on the community forums or our discord. I've added a sticky for Bug Reports, and Feature Requests there too!